There has been a lot of buzz about a new material called SmartTrack from Invisalign.  The following is information from the webinar from Align Technology regarding the release:

As per Align webinar:

-new material started for cases approved after January 14, 2013 with full roll out by January 21, 2013
-thickness will be the same
-no BPA
-some increase in staining/clouding of the aligners
-all new refinements/midcourse corrections will get new material.  Replacement aligners using original EX30.
-easier insertion and removal of aligners
-more flexible and better adaptation to the teeth
-material to start with less initial pressure at start of two weeks but more pressure for a longer period of time
-allergies reported = those with EX30
-gliding sensation when inserting (less force on initial delivery)
-fewer broken/cracked aligners
-works well with SmartForce features

New Enhancements to Invisalign G4 (available Feb 23, 2013)
- root control for upper laterals similar to those for upper centrals/canines.  If lateral incisor is too small, then there is one attachment and up to two pressure points (3 force systems)
- root control for upper premolars similar to those for upper central.  If premolar is small, there will be one attachment and a pressure point
-attachments customized for each tooth based on morphology
Posted by MCO Orthodontics at 12:32 PM No comments:

There have been a number of notable advancements in Invisalign care in the past few years.  One of the most recent is the Invisalign Outcome Simulator.  It is a useful tool for patients to get an idea of how their teeth might look after teeth are made straight.

An Invisalign iOC scanner is required to see the before and after simulation.  The scan is completed, and then the long axes of the teeth are marked.  The simulation takes about 5 minutes to complete, and then individual teeth can be adjusted to produce the final outcome.  Items such as extractions, IPR, expansion, etc can also be simulated.

A couple of very important things to note:

1.  The simulation cannot be saved for the doctor nor for the patient.  It is simply to be used as a tool to show what may happen.  The scanned teeth are good for sending to Align for Invisalign treatment.

2.  It is only a simulation, meaning it may not be a good representation of how teeth may actually end up.  It is also not a ClinCheck plan.

Nevertheless, it is an interesting tool that some patients may be interested in before beginning Invisalign treatment.  If you are in the Toronto area and interested in Invisalign or the Invisalign simulator, please visit our Markham Orthodontist website.
Posted by MCO Orthodontics at 8:40 PM No comments: 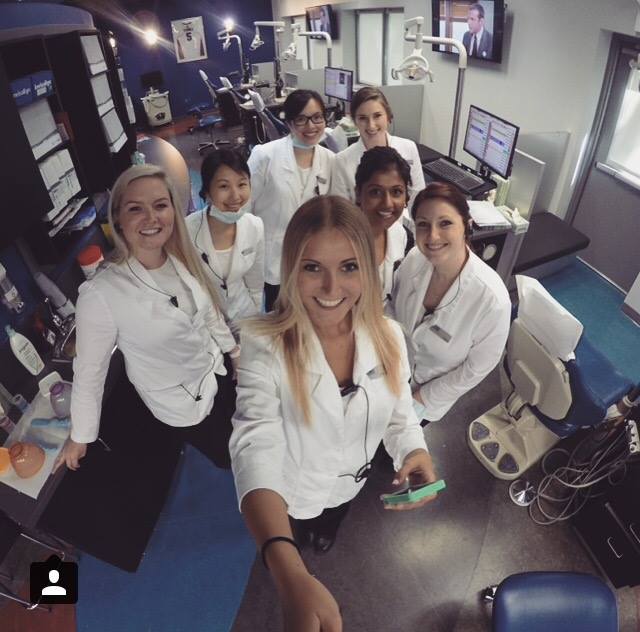